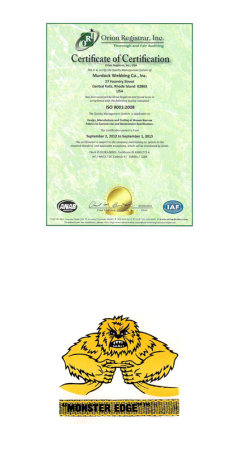 Unofficially known by its colloquial moniker of M81, the woodland pattern was the default camouflage pattern issued to United States military in 1981. The M81 woodland pattern has been one of the most duplicated and modified camouflage patterns ever designed, seeing service with military forces around
the world. This military pattern continued to be used for the U.S. until its replacement around 2006. It is a four color, high contrast disruptive pattern with irregular markings in sand, brown, green and black.

All camo products are available with any value-added option. Contact us today for any questions on product, and development! 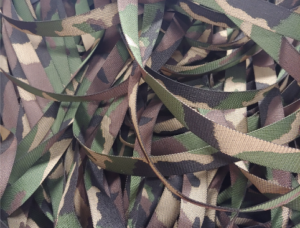 This webbing comes in Berry Amendment compliant material, in a tubular construction, and passes AA 55301 specs.

Our deployment belt webbing come in Berry Amendment compliant material, in the standard belt weight construction, and has a breaking strength of 5,000 lbs.

Being in our industry since 1936, we know how to serve our customers. We are a company whose business practices are based on fairness, mutual trust, and cooperation.

Murdock Webbing Company, Inc. is an equal opportunity/affirmative action employer.  We do not discriminate in employment decisions on the basis of race, religion, color, national origin, gender, pregnancy, age, military status, citizenship, disability, genetic information, status as a protected veteran, sexual orientation, gender identity and expression, or on any other basis protected by applicable federal, state, or local law. Furthermore, Murdock Webbing Company, Inc. will provide reasonable accommodations for individuals with known disabilities, unless doing so would result in an undue hardship.